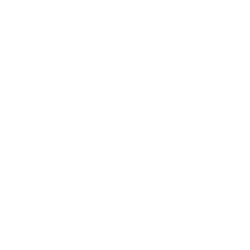 Casumo Casino was founded in 2012 and embraces a modern, quirky side of casino play. Rather than try to emulate a real casino on the web, Casumo goes for something unique and colourful.

This very welcoming site makes its sense of humour and fun very clear, stating that it was founded when ‘a parallel universe contacted us, telling us that they were in desperate need of help’!

Claiming to be designed from the ground up to make people smile, Casumo is not the typical casino brand and is perhaps more accessible to new generations of online players. The usual real-world frame of reference is gone, but so are some staple elements, like regular promotions.

The site has won several EGR gaming awards, from 2013, 2014 and 2015. While there is not a traditional VIP club with Casumo, they reward players with progressively unlocked artwork, free spins and more.

Casumo displays game large tiles, with a simple category and search setup. They make titles easy to find and display them well, loading into a large window with a side-bar overlay. This also provides a space to display achievement and slot race progress. Wagering races on slots are the main form of promotion here, offering constant mini-tournaments all day.

The site has enlisted several providers to give it a broad selection of games. These include Microgaming, Williams, NetEnt, Quickspin, Play ‘N Go, Elk Studios, Barcrest and more. The Jurassic Park slot captures the art of the classic movie well, or players can enjoy original settings like Sakura Fortune. Jackpot players can enjoy Microgaming’s Mega Moolah.

The table games are good too, with a fair amount of variety. NetEnt provides several roulettes and blackjack options, plus several less-seen games like Let It Ride and Punto Banco. The themed Monopoly roulette games are popular with casual table gamers.

The live casino games are mixed in with Casumo’s other games, which may put off those seeking this type of play in particular. However, there’s a big plus point in that both Evolution and NetEnt provide games for this site.

The live rooms run like a dream here, with some very smooth streaming video. The NetEnt games, in particular, offer some great benefits for this hybrid of traditional and digital play, such as dealer stats, game recaps and clear controls. The site hosts roulette, blackjack, baccarat and three poker varieties to play.

Casumo does not offer a mobile guide for newcomers but does have a strong mobile setup. There is no Android app at this time, but the site has a full iOS app and all players can access the mobile site from a phone or tablet browser.

The strength of this site is that the mobile browser version of the site is just as in particular, as the desktop site. It does not make much difference, except for the smaller images. The menus are responsive panels on both versions. The aesthetic of the site, which is one of the main things that makes it stand out, is upheld for the mobile version.

Casumo offers customers a simple live chat service, which quite cleverly is built into the side panel. Since this panel shows on all pages, players are never a click away from help. This is an important plus point, as the site does not offer phone support. An email is an option here, though the address is a little hidden. Fortunately, the live chat team are excellent and very friendly, so as the main point of contact it works very well. The site also offers an FAQ area for the little things, with readable text and clear sections.

There is a complete security certificate at Casumo, covering all player transactions with SSL encryption. This is issued by the popular GeoTrust certifier. Details of this and of fairness on site are covered in the FAQ. Casumo is licensed and regulated by the UK Gambling Commission, Malta Gaming Authority and the Alderney Gambling Control Commission. A dedicated ‘play okay’ responsible gaming section helps to protect players while on-site.